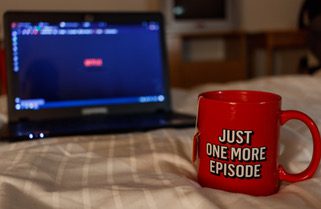 Watching series with a cup of tea. Just one more episode. Millennial concept

Creating content meant to be watched by an audience often has a singular path of distribution of said content. A movie, series, or book is created with a plot. This plot is presented to its respective audience and for the most part, everyone’s intake experience is the same. Their opinions of the story, purpose, quality, and delivery differ. However, the intake of the content was the same. 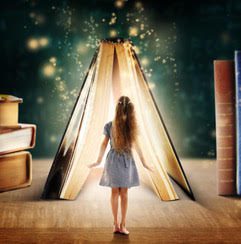 What’s interesting is when the medium can be delivered in a form that delivers multiple forms of content intake. For example; a novel dictates the story of characters involved in a plot. The outcomes have all been set by the author. The reader has zero involvement in a choose your own adventure book, there are multiple outcomes. They’ve still technically been crafted by the author, but now the readers essentially create their own unique experience.

The modern-day equivalent of the choose your own adventure novels are interactive films and series. This concept is nothing new, YouTube creators have done interactive “games” for years. Ever since the introduction of on video captions, videos that lead to various outcomes have been a part of the platform since the early 2000s.

What brought the subject into resurgence was the hit Netflix series, Black Mirror: Bandersnatch. A psychological thriller from 2018, directed by David Slade. It follows a programmer developing a game out of a mad writer’s fantasy. The series was innovative to many, as the audience input influenced how the story would turn out.  It was often considered it a game, given the subject matter of the series. This type of medium isn’t just limited to a series about games. Horror, romance, adventure, sports,

and more genres can be implemented in this style. “Did the killer get them?” or “Did he make the winning shot?”, the answer could be yes or no depending on the viewer’s choices. These create a  number of experiences for the same content medium. That would create discussion and theories amongst the audience community. Those things equal buzz for your film or series. The biggest plus is once a viewer is finished, there’s a high chance of a second or third watch. Viewers often want all ending experiences. So, these interactive series gain 1-3 views per viewer.

Successful numbers like that aren’t guaranteed with anything. Also, it takes more work to craft a story that can play out multiple ways. All those scenarios must be filmed with the same quality and care as well. The unique setup of interactive media creates something new for creators and audiences alike.

This package includes three-minute templated episodes.  Your business information and logo will be displayed for eight seconds in each of your episodes.

To take advantage of this package, you must order a minimum of five episodes. We will turn your scripts into a reality with our affordable and quality video production services.

We will make your vision come true through either green screen or on-location filming. Come to Left Digital Media for all your video production needs.

We will bring your commercial to life through our quality video production skills. This package includes up to 2 revisions on your pre-provided script. Your 30 Second Commercial will accurately capture your product in the way you want.

The Basic Product Package includes a green screen or on-location filming. This 30-second commercial will also include voiceover by a host or hostess of your choice. If you are in need of one commercial to capture your product and your business. Take advantage of this package at Left Digital Media today.

With our Mid-Level Product Package, you get a 45 second commercial with a script created to fit your needs with up to 2 revisions.

We aim to create a perfect 45 second commercial for your business and product.

This 60-second commercial also includes music layover, a host/hostess of your choice for voiceover or camera time, and 8 seconds of your business information and logo.